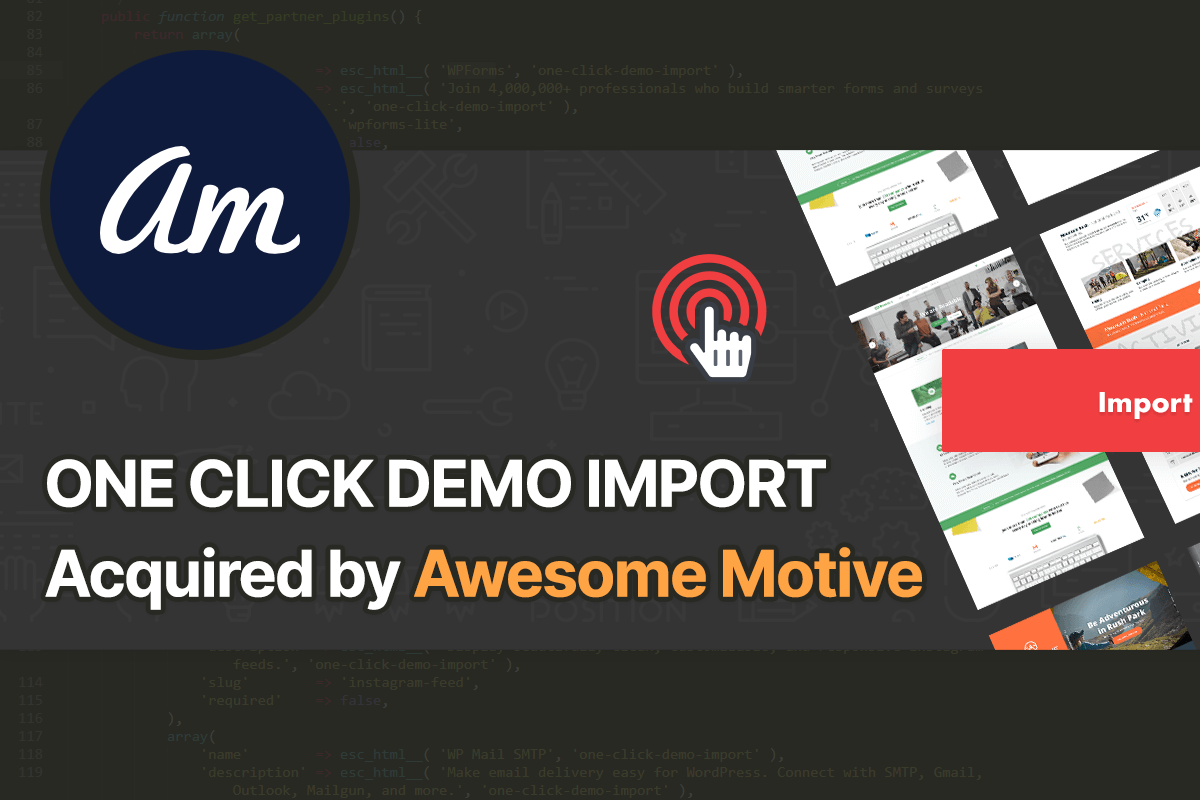 I got a bad feeling about this update the moment I saw the changelog. These are the changes:

After updating the plugin and running a quick test import process for one of my themes, I quickly learned that my intuition was correct. The plugin was acquired and is now being monetized in an aggressive manner.

It looks like this plugin was acquired from ProteusThemes by Awesome Motive (Syed Balkhi), the company behind WPBeginner, OptinMonster, MonsterInsights, WPForms, etc.

To the best of my knowledge, at the time of writing this article, this acquisition has not been announced or mentioned publicly.

What’s the problem with the New in One Click Demo Import?

Here are some screenshots of what the import process looked like in the old 2.6.1 version, while it was still owned by ProteusThemes.

The problem with this version is that the plugin recommends partner plugins during the import process. You will notice on the second screenshot that these plugins are automatically selected, so a user has to opt-out instead of opt-in.

Also the wording is problematic:

“To ensure the best experience, installing the following plugins is strongly recommended, and in some cases required.”

A big number of plugin users will believe that these plugin recommendations come from the theme developer and not from the plugin itself.

Besides “strongly recommending” these unrelated plugins, they are selected by default. This is bad user experience no matter how you look at it.

This is a big issue. At the moment of this writing, the plugin is active on over a million WordPress websites.

So this post is an open call to Syed Balkhi to reconsider the way this plugin is monetized by his company.

Making users opt-out of these plugin recommendations is a nasty way of doing things.

Several hours later after publishing my post, Awesome Motive have reacted with an update (3.0.1) to One Click Demo Import. According to the changelog:

The second step of the import screen now looks like this: 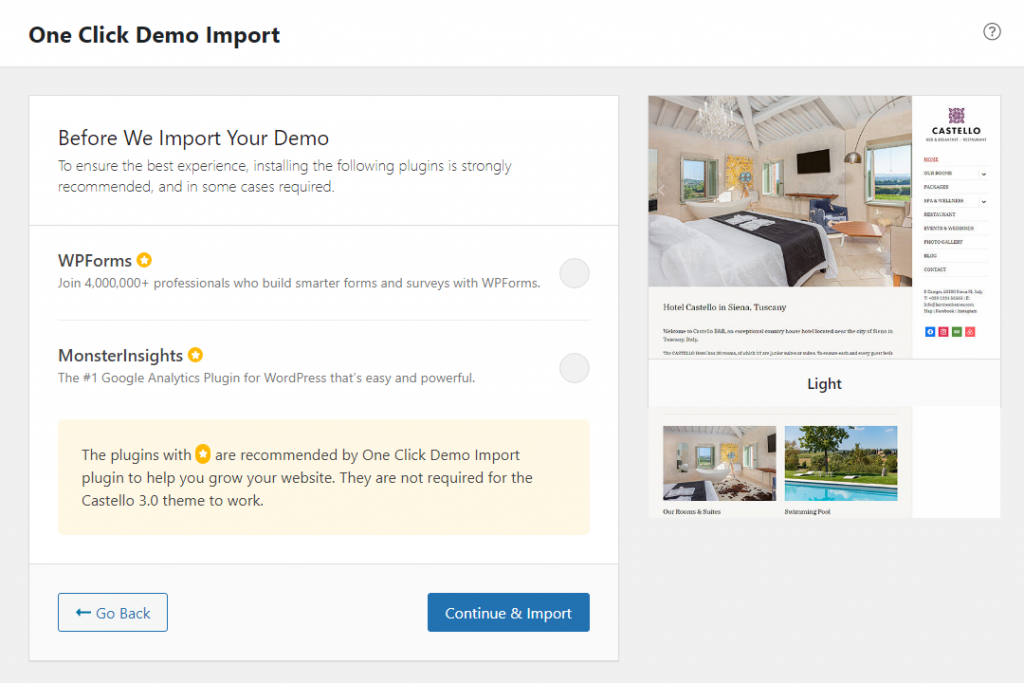 Of course this is a lot better now. Not ideal, but significantly better.

Either way, this is probably a good time to at least look around for alternatives. Maybe someone can point me to a good one?

Yet another Conflict of Interest? WordPress.org gives priority to a handful of Hosting Providers

How to Embed Audio & Video Content From Other Websites in WordPress

I have a YouTube channel about WordPress & Web Development

Because I value your time, my videos are short and well researched. I publish several videos every month.

Please consider supporting an independent creator by subscribing to my channel.